Why I Left, Why I Stayed

Wherever books and e-books are sold.

Over a Thanksgiving dinner, fifty-year-old Bart Campolo announced to his Evangelical pastor father, Tony Campolo, that after a lifetime immersed in the Christian faith, he no longer believed in God. The revelation shook the Campolo family dynamic and forced father and son to each reconsider his own personal journey of faith—dual spiritual investigations into theology, faith, and Humanism that eventually led Bart and Tony back to one another.

In Why I Left, Why I Stayed, the Campolos reflect on their individual spiritual odysseys and how they evolved when their paths diverged. Tony, a renowned Christian teacher and pastor, recounts his experience, from the initial heartbreak of discovering Bart’s change in faith, to the subsequent healing he found in his own self-examination, to his embracing of his son’s point of view. Bart, an author and Humanist chaplain at the University of Southern California, considers his faith journey from Progressive Christianity to Humanism, revealing how it affected his outlook and transformed his relationship with his father.

As Why I Left, Why I Stayed makes clear, a painful schism between father and son that could have divided them irreparably became instead an opening that offered each an invaluable look not only at what separated them, but more importantly, what they shared. 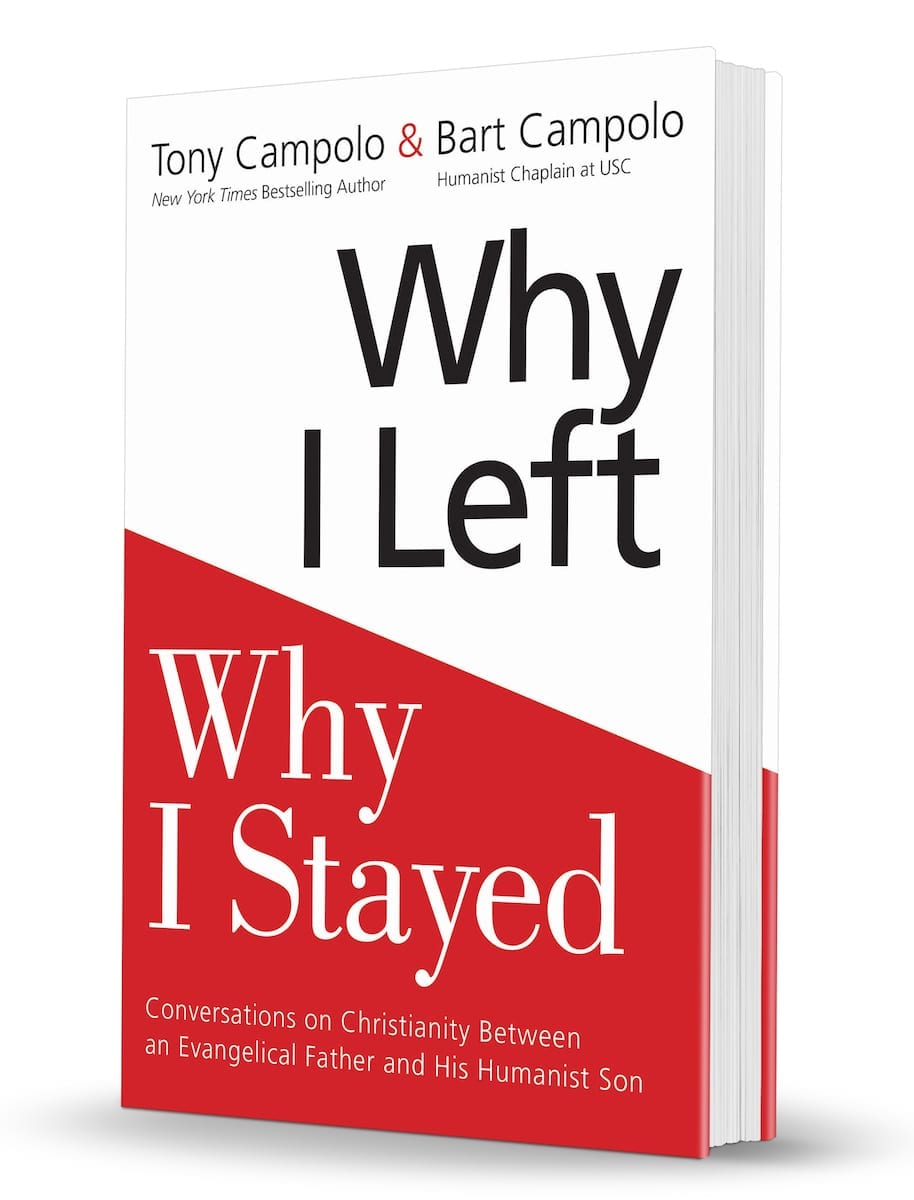 “As America becomes increasingly secular, more families will have to face the religious divide that exists across their dinner tables. The Campolos have done us all a huge favor by discussing their differences right here in the open. I wholeheartedly recommend this remarkable book.”

“Rarely are questions of faith and belief genuinely debated with the kind of sincerity, insight and compassion presented in Tony and Bart Campolo’s thoughtful new book. Most people are born into their faith traditions, and too many of us don’t ask the hard questions that are thoughtfully presented in this intriguing read. Christians and Humanists both have much to learn by reading these pages, which is why we can all be grateful this isn’t just a family discussion.”

“The book is a pleasure to read, but it’s so much more. As a respectful and loving conversation between a father and son, it offers a model that could bring healing to many torn relationships. It opens a thoughtful dialogue into which people from across the spiritual spectrum can enter.”